This has been a hard week in our country after some hard months and some hard years. Wendell Berry, the poet activists, wrote in his 70s: (2007) after decades of activism


“It is hard to have hope. It is harder as you grow old,
for hope must not depend on feeling good...
You also have withdrawn belief in the present reality
of the future, which surely will surprise us,
and hope is harder when it cannot come by prediction
anymore than by wishing. But stop dithering.
The young ask the old to hope. What will you tell them?”

Yes, what can we tell them about hope?

Today, we are in the midst of a global pandemic. We today have a level of unemployment not seen since the great depression. Today we have seen with our own eyes the video of George Floyd’s murder, and we have seen people rising up in the streets all over the country, and even while the country’s eyes are focused on police violence, we see new examples every day.

It’s easy to look at this situation and get discouraged. This is especially true for folks like Elandria Williams, co-moderator of the UUA who told us at our vigil this week that she has been an activist and organizer since she was 14 and had friends killed by police, and is now 40 and fighting for the same issues. But somehow despite being permanently disabled by injuries she received while protesting in her youth, despite all the institutional racism she has endured, she has the will to keep fighting, and is still fighting today. She knows that we are not one more week of protests away from a just and fair future. This is a long game.

Dare we have hope? It’s common sense to look at the graphs and predictions about the pandemic and say “this is going to get worse before it gets better.” We have reason to be cynical as we wonder -- after the smoke clears how far will we have moved the line on racial justice and violent policing? Is it unreasonable to hope? Unitarian Universalist Theologian and minister James Luther Adams would have been a teenager during the Spanish flu Epidemic and was serving his first congregation at the start of the great depression. He taught us that rather than arguing theology, we should ask -what difference does it make in how I act? What difference do my beliefs make n how I change the world for the better? (This is called the He relied on the “pragmatic theory of meaning”) That’s such a relief to me- that when we are not sure what to believe, when the nature of reality is uncertain, we can simply ask: if I believe – will it make me a better person? If we all believed, would it make a better world? Like the characters in our story Butterflies under our Hats, I believe we need hope to do what needs to be done. 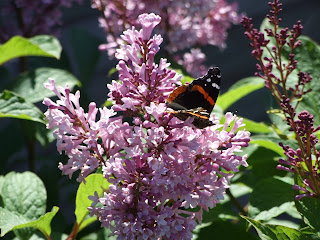 Environmental activist Joanna Macy, now in her 90s, says there are 3 stories- one is “business as usual”, that the way things are is fine and is they only way they can be. The second is the Great unraveling- the story of all the destruction and injustice we see around us. The third story she calls “the great turning.” After looking at the other 2 stories and saying “ the first story is leading us to catastrophe and [we] refuse to let the second story have the last word.” the third story is about “the emergence of new and creative human responses, it is about the epochal transition from an industrial society committed to economic growth to a life-sustaining society committed to the healing and recovery of our world. We call this story the Great Turning. There is no point in arguing about which of these stories is “right.” All three are happening. The question is which one we want to put our energy behind.”[i]

When we come out the other side of this pandemic, when the protests have quieted down and the smoke cleared, and the ballots are cast, things will be different than we could ever have imagined on March 1, than we can imagine even today. So I encourage you to hold a vision that gives you hope.

Hold onto that vision of a future where our black siblings do not fear the police. A vision where all who are sick receive care. A world where everyone has a vote that counts, and everyone votes. A world where worker safety is a priority for every business, where we take care of one another in hard times. Give yourself to the story of a brighter future, and hold that before yourself as we roll up our sleeves and get to work.