Reflections from 2 scientists in our congregation

I come from a family of science geeks. My father, my brother and sister, my mother’s two brothers and two of their children, my niece and her husband – all of us are or were scientists or engineers. Whether due to nature or nurture, I look at the world through the lens of science.

The word “science” comes from the Latin “scientia,” which means knowledge. In practice, science is a disciplined process of observing and experimenting in order to acquire knowledge about physical and natural phenomena. It’s a way of making sense of the world.

Of course science can’t explain everything, which is why art, literature, poetry, and human emotions are largely impenetrable mysteries to me. But science does help us understand a lot about natural and human-made systems, from how a tree produces oxygen to how a piano produces sound.

For as long as I can remember, I’ve been curious about things natural and mechanical. I was privileged to grow up in a family and community where I had the resources and opportunities to experiment and discover. My engineer Dad was a great teacher and exemplar of how to apply scientific principles to solve everyday problems. My elementary school’s grounds included a wooded area, where our science teacher taught us to identify trees by genus and species. My high school best friend had a professional-quality microscope – courtesy of her father, who worked for a pharmaceutical company. We collected pond water from near her home, put a drop on a microscope slide, and watched microorganisms swim. My own home had a small wooded area, where, one spring, I found the complete skeleton of a rabbit that had died during the winter. I carefully collected all the bones and glued them back together.

I went to college expecting to major in biology, but, after a few semesters, I realized that chemistry better fit my interests. I found the complexity of biological systems to be overwhelming. For me, chemistry was a more satisfying approach to understanding the forces that control how materials behave and interact. 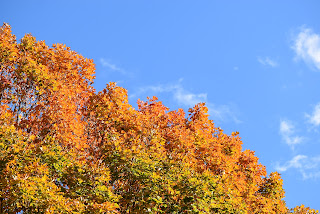 Understanding science affects how I perceive beauty and wonder in the world. Scientists and non-scientists alike are awed by, for example, the brilliant colors of leaves in the fall. But, for me, knowing what is going on inside the tree that causes the color change – how reduced daylight causes the leaves to stop photosynthesizing food for the tree – adds an extra dimension of wonder. The ingenuity of living beings is amazing.

The spiritual concept that we are all “one” is supported, in a physical way, by science. The atoms which make up my body are all recycled from those of other living beings, as well as from the earth itself. The carbon dioxide that I exhale eventually becomes the oxygen that you inhale and the food that you eat. (I know that sounds a little disturbing in this time of COVID, but it’s totally safe!) We truly are part of an interdependent web of existence.

Over the course of human history, science has chipped away at the world’s mysteries and miracles. Loss of mystery can be disappointing, like when a magician explains how they perform a magic trick. For me, however, the scientific explanations themselves are a source of awe and wonder.

I think that :
Science is wonderment
Science is amazing. To realize that the human brain can comprehend, at least, some of it, is fascinating. We can ask questions in many ways and we always obtain the same consistent answers. Nature is amazingly stable. The same laws that we are learning today had been true since the beginning 13.7 Billions years ago. It is also amazing that, using Science, we can calculate that our earth has been rotating steadily around the sun for about 4.5 Billion years. It is fascinating to know that our bodies are made from the dust of exploding stars. It is amazing that Science is teaching us, through the study of genetics, how our brains and our bodies are put together and that we are genetically related to all known living beings.


Science is fun
Of course, science as done in laboratories is fascinating. To ask a question, by means of experiments, to Mother Nature and to find its answers is extremely pleasurable even if the result is not earth shattering. That pleasure is very addictive, like a drug. Labs however are esoteric, expensive and very few of us can have access to them, but they are not necessary. At home just observing what goes on in the garden, or what goes on in a stream or looking at the snow is fascinating and easy. 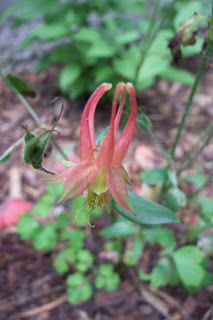 This is my personal garden adventure: I came to this area to work in Horseheads. One day while running near my apartment I found a very beautiful purple flower, I took a photo and soon I found that it was a columbine. I also found that purple columbines were wild and native in this region. Then I found that I could buy domestic columbines varieties at the local flower garden store. When I moved to Sayre I bought a white columbine, a red one and a white one with compound petals and I planted them by the side of my house. Two years later I was surprised to find a red and white one, a purple one, and a red and white one with compound petals. I said to myself, ah yes. hybridization. But then I asked myself, which are the pollinators? Surely bumble bees, and probably Italian bees, I said to myself. Every so often, for about two minutes I looked for pollinators. I never saw any Italian bees, and only once I saw a bumble bee. What I saw were many small bees, native to this area. Many of them, I found, do not live I large beehives but in small colonies in the ground. One good day I saw what I believed was a metallic green fly. I looked more closely, its legs were covered with pollen. I knew immediately that it was a bee, a metallic green bee. That was a find! I never had seen a metallic green be. I did some research and I found that there is a large family of green bees, called sweat bees, and about 500 species of them are native to North America. They are very important pollinators. The one that I found is most likely named an Agapostemom. For me, that bit of research was a very delightful adventure.


Science Brings Hope
Probably, the greatest hope that Science has delivered to us in modern times is the implementation of hygiene based on the works of Luis Pasteur and Ignaz Semmelweis. As a consequence of their work, puerperal fever, that killed many women after child birth became almost unknown. Pestilences like cholera typhoid were correctly associated with contaminated water and were almost eliminated by the use of clean water. Another source of hope that Science has given us is the discovery of vaccination based, in part, by the work of Luis Pasteur. I Don’t have to tell you what a source of hope vaccines are today.

Around 1930 Alexander Fleming discovered antibiotics and by 1940 antibiotics were in use. I remember a story in my family: one of my mother uncles, around 1910 stepped on a chicken bone, got a small cut in bottom of his foot, his foot got infected and had to be amputated. The surgery wound got also infected, finally, they had to amputate his leg above the knee. Today a dab of Neosporin would have taken care of that problem. In my childhood surgery was extremely dangerous and cancer was a death sentence. Today, due to the advances in the science of medicine surgery is very safe and many types common cancers, such as breast cancer are curable. Science indeed brings hope.

Science also brought to us the horror of atomic annihilation, but Science made war among mayor powers so unthinkable, that the fact that we had not had a mayor war since 1945 is so long that, scholars gave it a special name: THE LONG PEACE. Quoting from the book †“The Better Angels of Our Nature” by Steven Pinker “Zero is the number of times that any of the great powers have fought with each other since 1953….in fact as of May 15 1984, the major powers of the world had remained at peace with one another for the longest stretch of time since the Roman Empire” Let me emphasize SINCE THE EXISTENCE OF THE ROMAN EMPIRE, THAT IS A VERY LONG TIME AGO.

Experts believe that the horror of atomic annihilation is in part responsible for the Long Peace, but the ease of communications, the ease of traveling, interstate commerce and, I believe, the ideas of humanism, are also important contributors for the phenomenon of the Long Peace. Interestingly enough Science touches all these factors. SCIENCE INDEED BRINGS HOPE
at 1:32 PM