Story for All Ages: A Toast to Joseph Priestly

In 1767, Joseph Priestly got a job as minister of a Unitarian Church - Mill-Hill Chapel. Joseph and his wife Mary and their 4 year old daughter Sally moved to Warrington. In those days a minister lived in a “parsonage” that the church set up for them, but when they arrived it was still being renovated, so the Priestly family moved into a temporary home right next to the Jakes and Nell brewery. 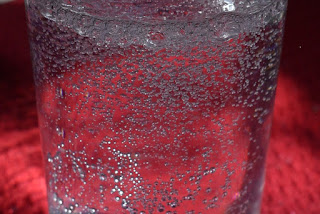 Now Priestly had been doing experiments since he was a kid. He wrote an important book on electricity while he was a school teacher – so influential that he was accepted for fellowship in the Royal Society. It was only natural, living next to a brewery, that he would be noticing and asking questions and wondering. He noticed that the fermenting vats gave off what he called “fixed” air, now called carbon dioxide, which had been discovered only 12 years before, and his neighbors humored him by letting him do experiments with the air over their vats. It was during those experiments that he discovered soda water. It didn’t even take any fancy equipment, as it seems Priestley was able to carbonate regular water by pouring it back and forth from one cup to another.

When his house was ready, and he no longer lived near the brewery, he still wanted soda water, so he invented a simple contraption to make it himself.  Now there was such a thing as sparkling water back then, it was mineral water taken from certain springs. It was a rare thing that had to be found and could not be made. Had priestly kept his knowledge to himself and sold it to industry, he could have been a wealthy man – think about today’s lucrative soda market. But Priestly believed in sharing information freely, and printed a pamphlet right away on how to do it yourself.

This happy discovery set Priestly on a new path- studying the chemistry of air and gas. His most important discoveries were yet to come.

Joseph Priestley is a great example of how UU and Science grew up together. After centuries of science and religion fighting, Unitarianism always believed that really looking carefully at how things behave in the world was important and amazing- that scientific and religious truth went well together, like being a minister and being a scientist.[ii] So let’s have a toast to Joseph Priestley, inventor or soda water, and one of the fore-parents of the Unitarian church.

And one more, to science!

A member of a church long ago invited me for a “get to know each other” coffee. He told me about a moment of spiritual awakening that had changed his life. He was a scientist, and had spent years gazing through microscopes at slides, I don’t know how many of you have looked at slides under a microscope, but if you can manage to get it focused, it’s pretty cool to see all the details up close- you can see things you never would have imagined were there. One day he had his first look through an electron microscope, which was an emerging technology at the time. The thing about an electron microscope, he explained, is that you can look at living tissue. That first time he saw a living cell it seemed to him to glow with life. He was overwhelmed with the beauty and mystery of seeing life in a new way. The universe broke open for him and he was filled with awe and wonder.

Some of you have probably notice that I quote scientific studies in my reflections more often than I quote the bible. Why is that? The first reason is that scientists have discovered some truly amazing things- things so amazing that they change the way you look at the world. What Galileo saw through his telescope was so mind blowing it was called heresy by the church. When Louis Pasteur and other scientists figured out the relationship between germs and illness, it changed for ever the importance of the simple act of hand washing. When Suzanne Simard showed that trees communicate and share resources through a fungal network, ordinary trees inspired fresh wonder. The creatures we’ve discovered on the bottom of the ocean are wilder than the wildest science fiction writer could imagine[iii]. Science helps us grow in awe and wonder at our universe; when the world might begin to seem ordinary and uninspiring, science reminds us that there is always something new to experience, something unexpected just below the surface. In the words of Astrophysicist Neil deGrasse Tyson “the reality of nature is far more wondrous than anything we can imagine." 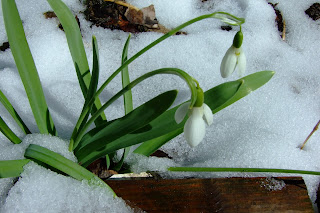 Second, science helps us have faith. I’m agnostic about many of the things we find in the scriptures. For example, I have no idea what happens to our spirits after we die. I don’t know about the resurrection of the body.[iv] I try to stay open minded, but I just don’t know. What I do know is this- right now when I look out my window, everything is grey and covered with ice, slush or mud. You would never know by looking that anything had ever grown in my garden. And yet every spring, the crocuses, the tulips, the bleeding hearts come back. I see it with my own eyes. I believe in it. And when I go online I can read 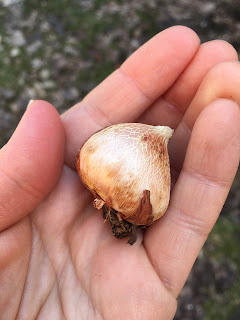 endless articles about why and how these beautiful little flowers store energy in an underground storage bulb while they are dormant. One 3rd grade science lesson called these miraculous storage organs “a big lunch box packed with enough food for the whole growing season!” It helps me have faith in hard times like this to know for a fact that things move in cycles, and that life finds a way. I believe in resurrection with the faith of an amateur botanist. As Joseph Priestly wrote: “Theology and science, different as they are, are far from being at variance. On the contrary, they perfectly harmonize with and promote each other.”

I’m agnostic about how prayer works. I have felt it work, but I can’t explain how it happens, and I sure can’t promise you that it will work the same for you. But there is an increasingly large pile of documentation showing that gratitude is good for humans in all kinds of surprising ways, You don’t have to believe me, just because I’m the authority figure, I can send you a link to the research and you can see for yourself.

Finally, science holds us accountable to reality. In these days when the shared truth of our society seems suddenly flexible, and unreliable, agreeing on what is true and real has a new urgency and importance. For hundreds of years, scientists have agreed on a system of accountability. They have established a community understanding of how we know what we know and what we don’t know. There are established ways of challenging assumptions. You can’t send a spacecraft to mars based on things you wish were true, or that seem true, or because some authority figure said it was true. You can’t end a pandemic with truisms or political ideology or even good intentions. As Astro physicist Neil deGrasse Tyson says, "If your belief system is not founded in an objective reality, you should not be making decisions that affect other people." If you want to change or preserve or understand the world, you need a get your information from the physical world. As a person who loves the realms of imagination and concepts, I have learned the importance of grounding our ideas in reality if they are ever to become more than fantasy.
One thing that saddens me a bit about the way we do science in our culture today, is the assumption that science can only be done by experts with advanced degrees. When Priestly made his great discoveries, he was a school teacher and a clergyman. Charles Darwin was an amateur naturalist. I believe there is a great loss when we turn over all exploration to the experts, and surrender our curiosity, our inquisitiveness to those with impressive degrees. You don’t have to be a trained scientist to receive its fruits, just notice what you see, what you hear, what changes. Notice the patterns, and wonder why? Notice the contradictions, notice the exceptions, notice when things don’t turn out like you thought.

I believe that when we learn the science of ordinary things around us -- trees, birds, stars in the sky- it helps us grow spiritually. Our knowledge of the material world adds depth and complexity to our spiritual growth. An epiphany that something true about the life of a tree, about the chemistry of flame is also true for me and how I experience the world has a powerful and satisfying beauty.

I’ve often used the quote by Walter J. Burghardt “Contemplation is a long loving look at the real.” Scientists who have love in their gaze do work that feeds the spirits. As part of your UU spiritual practice, I encourage you to notice, to wonder, to question. To participate in the harmony of scientific and religious truth.

Notes
[i] [The doctrine of air] I was led into in consequence of inhabiting a house adjoining to a public brewery, where I at first amused myself with making experiments on the fixed air [carbon dioxide] which I found ready made in the process of fermentation . When I removed from that house I was under the necessity of making the fixed air for myself; and one experiment leading to another, as I have distinctly and faithfully noted in my various publications on the subject, I by degrees contrived a convenient apparatus for the purpose, but of the cheapest kind.
-Joseph Priestley  from "Life and Correspondence of Joseph Priestley". Book by John Towill Rutt., 1831.

[iii] If you haven't seen "My Octopus Teacher, I highly recommend it: https://www.youtube.com/watch?v=3s0LTDhqe5A
and even deeper in the ocean...  https://www.nationalgeographic.com/environment/article/deep-sea-creatures
[iv] For example this passage from Corinthians- https://www.biblegateway.com/passage/?search=1%20Corinthians+15:35-58&version=NRSV